Look no further, Retro Burger Bar is the place to enjoy all your NCAA basketball games. We have a very special promo for you, and a feature video with the best moments in the March Madness tournaments history. 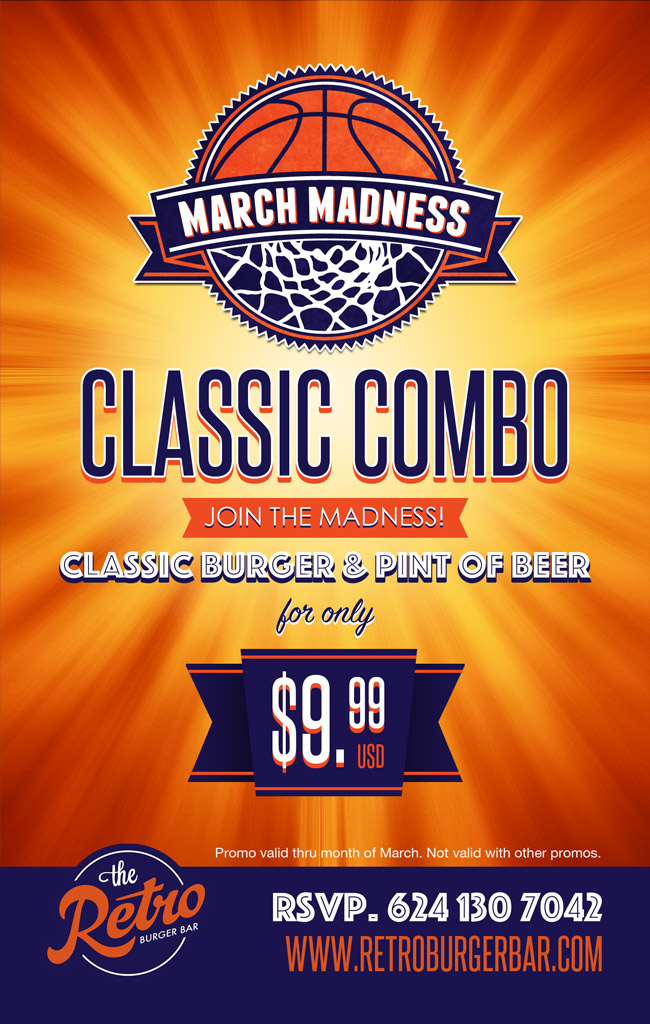 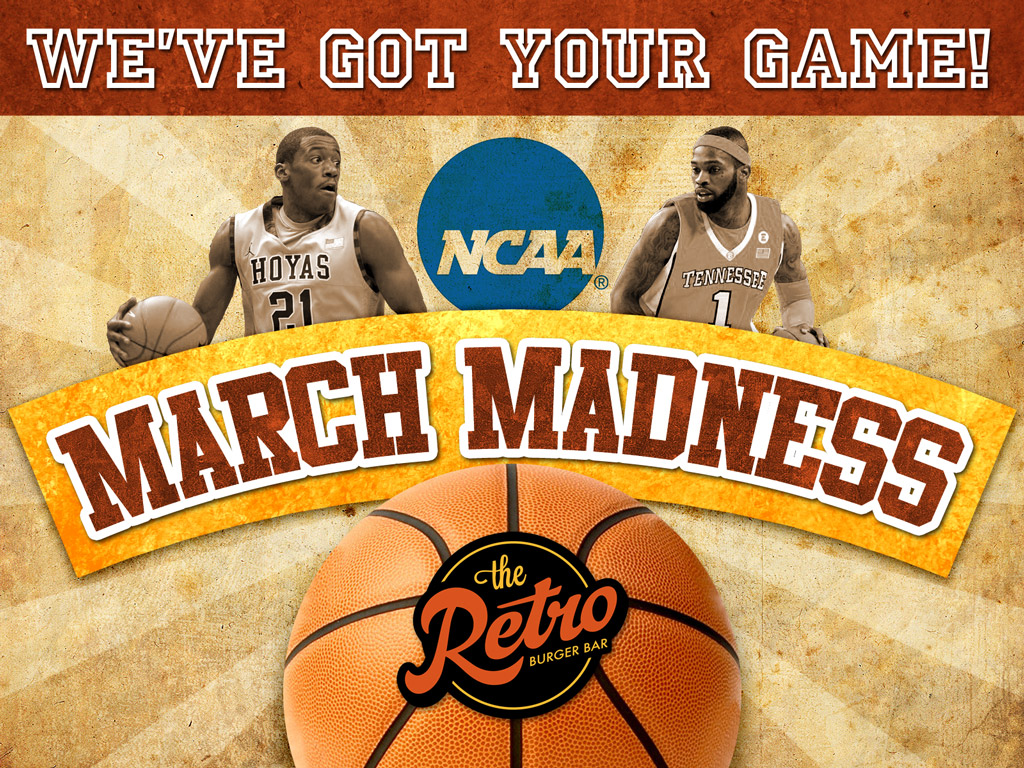 Basketball fans looking for elevated eats, room to lounge and the chance to watch all of the games simultaneously can head to Retro Burger Bar in San Jose del Cabo.

The hip, retro-style restaurant has “stadium seating” (cushy red couch-style seating made for lounging) facing a huge main TV screens, plus semi-private “skyboxes” that stare right at big TVs also. Tables, terrace seating and more than 13 TVs fill up the rest of the space, which runs high with energy and emotion during March Madness games (expect it to be standing-room-only if you don’t have a reservation).

The food offers a break from subpar bar fare, with a menu by star chef Tadd Chapman. The signature hamburgers (dubbed the Retro Burger) is served on freshly made buns with potato sliced French fries, and special sauce; the Buffalo chicken wings come with a Louisiana-inspired housemade secret sauce.

The United Sates is considered the true home of the classic hamburger, but rissoles of chopped beef have been a staple of East European cuisines for centuries. These, it is believed, eventually found their way to Hamburg, and when a huge wave of German immigrants arrived in “America” in the 19th century, they brought their ‘Hamburg-style beef’ with them.

A early as 1834, a New York restaurant was offering Hamburg Steak on its menu, although the state of Wisconsin lays claim to the invention of the modern burger. In 1885, one young entrepreneur, Charles Nagreen, turned his homemade meatballs into sandwiches, which he then named hamburgers, and sold at county fairs.

By 1921, the first hamburger joint had opened in Kansas. In the 1930s, Wimpy was born, and in 1948, brothers Richard and Maurice McDonald turned their restaurant into a drive-in selling hamburgers, fries and shakes. Just 11 years on, there were 100 McDonald’s across America; now you’ll find them everywhere from Azerbaijan to Venezuela to Mexico.

The burger has become more sophisticated since those early days and a favorite in Los Cabos, Mexico. Today’s burger could be made from turkey, tuna or soya, topped with anything from a sliced tomato to a slab of foie gras. It may not be the world’s healthiest meal, but a classic burger is still a great summer treat.

What is a “Literstein” Beer? 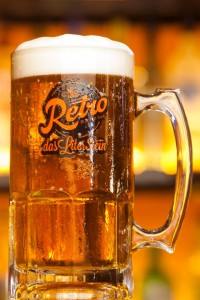 It’s the weekend and there are always some super cool things poppin’ off in Los Cabos’ beer scene. We do our best to cover it, and when there are other scribes who are dedicated to doing the same, we have to give them a shout out when we can.

When we created the “Literstein”, it was an ode to the old German breweries in which we truly admire as the inventors of a great beer. So, we decided to take it to the next level in Los Cabos by creating a big beer serving at only $55 pesos inside of a liter-filled mug.

We think it’s worth your while to actually visit as many breweries as possible so that you can indulge in what they consider the best beer locally. We invested a lot of time in creating the “Literstein” concept going through all of the legal hassles, creating a clever brand and marketing behind it, even sealing our mugs with the Retro Burger Bar logo to sell as souvenirs!